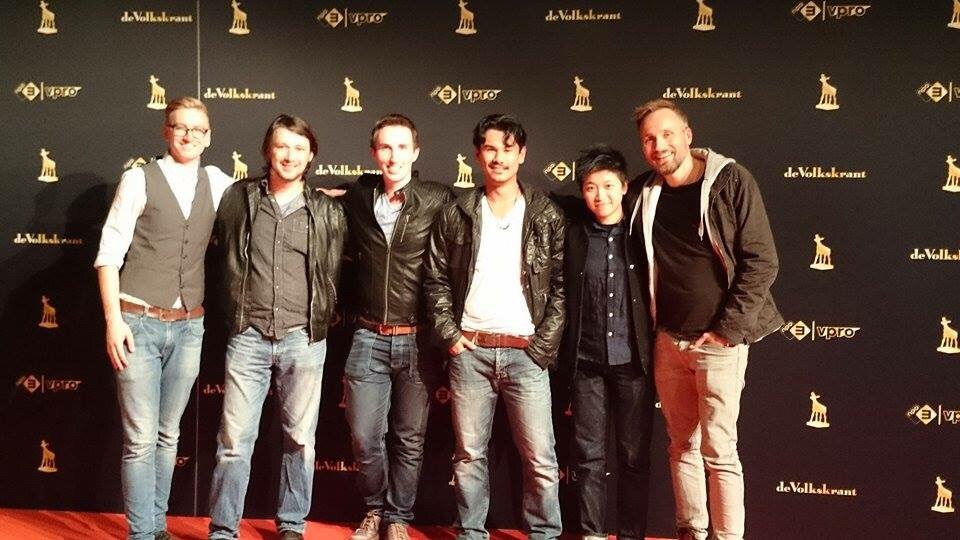 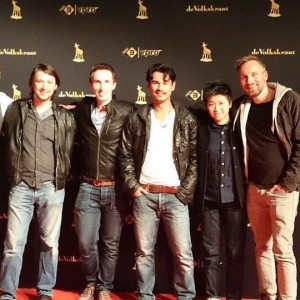 At the 48-hour film project Utrecht Igor Iofe and I won the award for best music for the film Vluchtig directed by Bjorne Willemsen. In this article I’d like to give you a look into the process of composing within such a short amount of time. Before doing that I’d like to introduce the 48-concept, after that I’ll explain our entire process.

The 48-hour project is a film project where you create a film in 48 hours, together with a dedicated filmcrew and cast consisting of a director, scriptwriter, actors, producers, cameramen, boom-operator , setdresser, editor, graphic designers and many more people.

This was the second time Igor and I worked together on a 48 project and for this version we wanted (again) to work with live musicians. We designed our workflow in such a way, that we had to start thinking about the music the moment the 48-project kicked off. On Friday night, when the director and scriptwriter came up with a story, Igor and I were talking about the sound we wanted to go for. Based on that Igor arranged musicians for Saturday afternoon, we decided to go for: a cello, a trumpet, a piano and two harps.

On Saturday morning 9 a.m. clock, Igor and I met in Amsterdam to go to the conservatory studio’s. This morning the script had arrived and we read it through to decide what kind of music we wanted to make. Based on the script there should be a happy, holiday kind of feel theme. Next to that we decided to make a suspense theme. After this we made a general theme that we would use for the whole movie. We split it up: Igor made a suspense theme and I made a happy theme. Since Igor’s strength lays in notating music very quickly, he wrote a part for the 2 harps. I came up with a tune for guitar and so that base of our soundtrack was set.

On 2 p.m. the first musicians started to come in and we were ready to record some music. We really wanted to use live musicians for this score because of three reasons:

As the musicians started to play music, I was in charge of recording the whole process as tasteful as possible, so that in post production there would be enough possibilities to edit it to our taste. Having five musicians in the room at the same time is quite a challenge since you want to record the instruments and not people making noise. It’s all a matter of very clear communication to make sure that the process goes as smoothly as possible.

After recording the next stage begins: editing the takes and making it one thing. This process starts from around 5 p.m. till 6 p.m. after that the studio closed and we were off to having some food. After the food we went to Igor’s place to start putting it together and mixing it a bit. Also we recorded some additional sound, like voices and effects. This continued till 1 a.m. on Sunday.

On Sunday we got up early to check out the first edit of the film, up until now we didn’t have any visual cue or whatsoever so we were excited to see how our music would line up with the images. We quickly spotted the film, put our music underneath it and then sent it off to the director and editor who seemed to like it. After this it was waiting for the picture lock, so we started filling in the parts in the movie that needed music or overlap that wasn’t in our initial tracks. This is were the real film composing started. I did the final mix of the music and sent it over to the editor. We were on time with the delivery and could finally relax from a very stressful but also very rewarding 48 hours of work!

At the award ceremony we found out that we won the Best Music Award for 48-hour Utrecht 2015. We were very happy and thankful for the chance to compose music for Bjorne and the opportunity to work with a lot of great musicians!

The final film can be checked on the portfolio part of my website!